What is G-Code in CNC Programming? 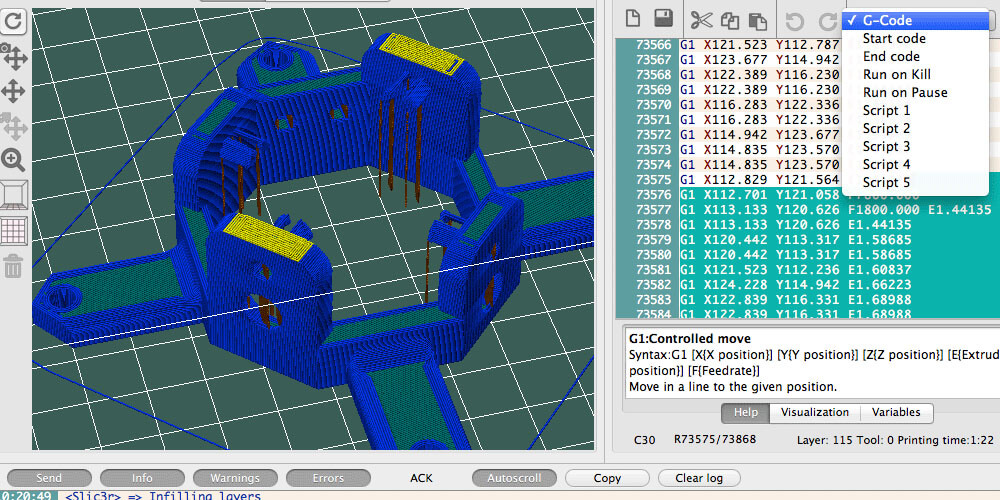 CNC Programming (Computer Numerical Control) is involved in the manufacturing process. Currently, it is used by manufacturers to make program instructions that aids computers control machine tools. While enhancing automation and flexibility, the CNC machine connects with G-Code. Read here for more insight on the same.

What is a G-Code?

A G-Code is a primary language that aids in controlling CNC Machines. It is also another kind of CNC programming that other CNC programmers use together with a different type of CAM programming. The CAM programs create G-Code from a CAD drawing, but the end being G-Code.

There is an adequate amount of dialects and standards for G-Code. There are important details that one has to know to understand the G-Code’s dialects for your controller. Check them out in the next paragraph.

G-Code dialects vary in different ways. Manufacturers have put up self-whistles to make a dialect top on the market. A few of the reasons include:

To make it simple, the spaces between letters to its value is optional. Take the axis letter and add value.

Four kinds of CNC Programming software will help you produce useful G-Code for the CNC machine.

It is mainly used to convert CAD drawings. The 3D printers use “Slicers” software for the same work.

Features of a G-Code editor

This feature aids in making mass revisions for programs

This feature explicitly decides the simple methods to edit texts for your program. G-Code Syntax is not the standard feature for a text editor.

These features allow you to watch the G-Code Program for stimulation.